November 18, 2013
After all the excitement of the Wine and Dine Half Marathon weekend, we only had to wait a few days for more runDisney awesomeness. Cathy and I both got into the first ever On The Road To Disney Parks meetup right here in Atlanta. We really didn't know much of what to expect, other then that we'd be meeting at Turner Field, the home of the Atlanta Braves and doing a 2 mile run through the streets of Atlanta.

We arrived around 6:00am. After checking in, we were given these awesome runDisney tech tees. 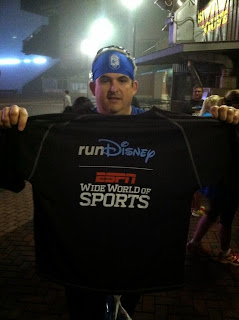 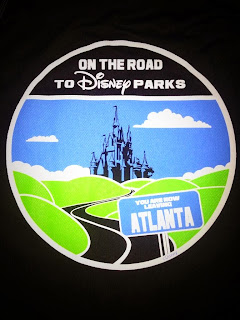 The days events started just before 7:00 AM. After a brief introduction, a representative of New Balance Running came up and gave us a brief Good Form Running clinic. I have always wanted to take one of these clinics which are offered at our local running store, Big Peach Running Co, so it was nice to get a condensed version. 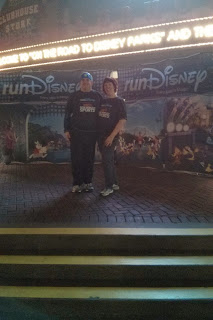 From the clinic, the 4 keys to reduce injury and increase efficiency are 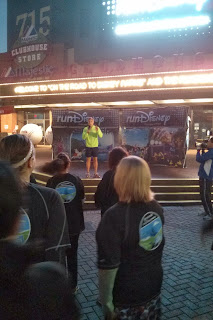 Cathy and I opted to do the Run/Walk led by Jeff Galloway. Jeff gave us a description of the course and Mickey sent us on our way. 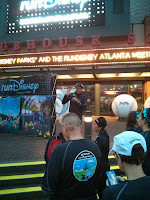 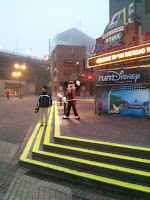 The course took us under the Olympic rings from the 1996 Olympics and around the state capitol before heading back to Turner field. 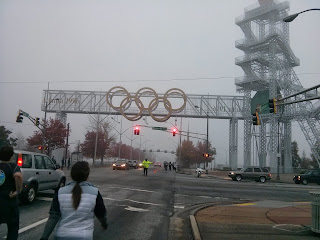 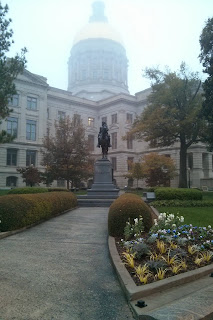 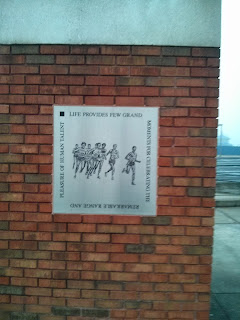 We then ran onto the field and had an opportunity to take pictures on the field, including one with Minnie Mouse 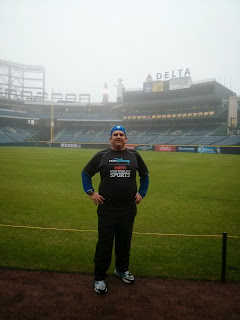 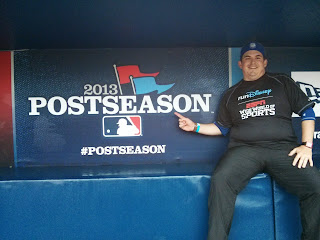 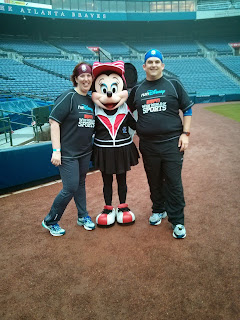 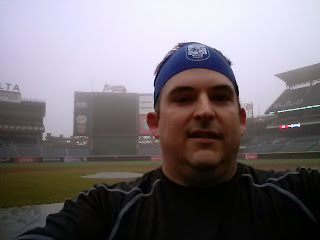 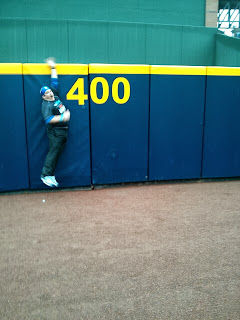 Once we finished the run, we were treated to a light breakfast followed by several speakers. First up was the head of runDisney's marketing department. She showed us some promotional videos that highlight that Disney has races for all ages, 6 months and up. She also gave us some information on a new initiative they will be starting soon.

They want to highlight Disney runners who have a great story to tell about why they run Disney races. To be considered, runners can post a 15 second instagram video and tag it with the hashtag #WhyIRunDisney. Make sure you follow runDisney on instagram for more details.

Jeff Galloway, the "Justin Bieber of runDisney" reminded us that running keeps getting better with age. Most of us that run Disney races do so not to win the race, but instead to have a great time. He also told us that it is his goal this year to qualify for Boston and plans to do so at the Space Coast Marathon 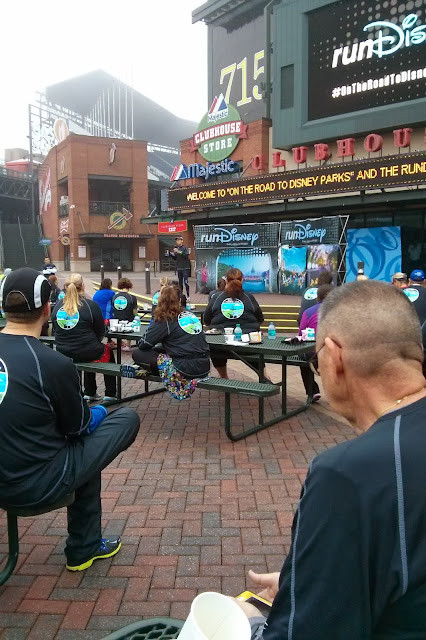 Tara Gidus, nutritionist for runDisney came up and gave some tips for fueling for running. She recommends always fueling for a run and to generally eat smaller portions, more often throughout the day 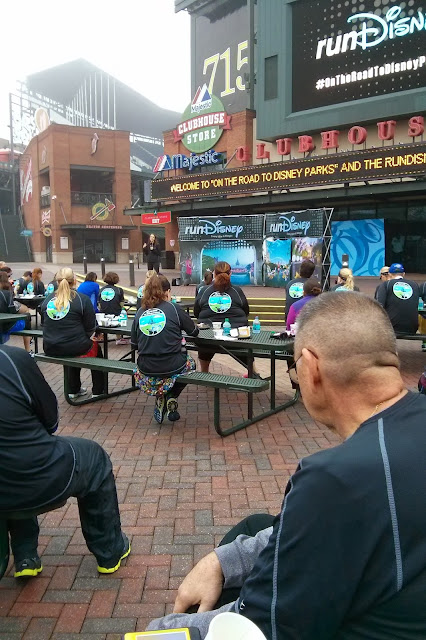 Finally, Ali McGinn from  New Balance came up and gave us a sneak peek at more info on the coveted 2014 Run Disney Shoe

The 2014 New Balance runDisney shoe will come in Men's and Women's specific as well as childrens. The women's and girl's shoe will be pink and feature Minnie on the back of the shoe. The men's and boy's shoe will be red and feature Sorceror Mickey. The shoe will be the same NB860 stability shoe,which has been updated for 2014


Ali also told us that runDisney will be introducing the next teaser video somewhere around December 5th.

Before we left, we were given an awesome swag bag to commemorate our meetup experience. It included lots of runDisney gear, including a running hat, water bottle, car magnet, and bottle holder. There were lots of cliff products in the bag as well. 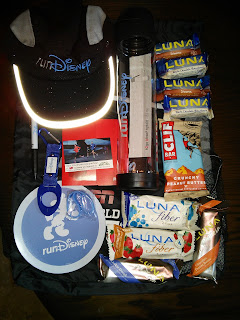 We had an amazing time from start to finish. Any fan of runDisney should stay tuned to their twitter account and keep an eye out for teaser posts with the hashtag #OnTheRoadToDisneyParks. For tips on getting into a meetup, see this post and this post. In addition to following runDisney on twitter, make sure you also follow Darrell Fry, the head of the Disney Sports PR team,

Disney puts on events like no other and I highly recommend their races to anyone looking for more then just your average race.