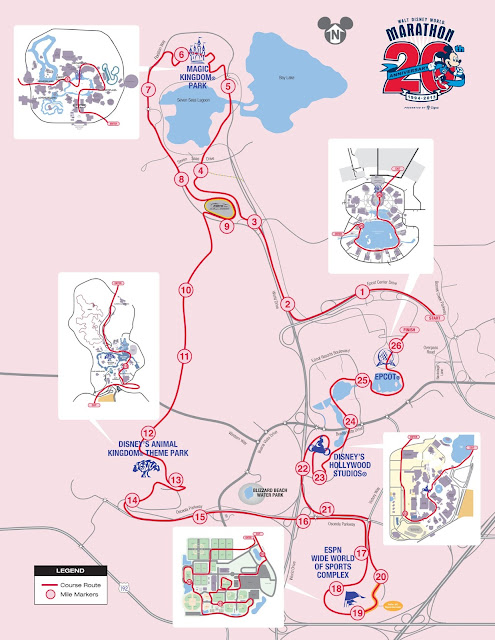 At 6:10, Mickey counted us down, the fireworks went off and we were on our way. We expected it to be bottlenecked leaving the starting area, but it really wasn't at all. Within sixty seconds of leaving the gate, we were off and running.

Our plan for the race was to run 4 minutes and walk one minute. We had initially hoped to average out under 14 minutes per mile, which would have us finishing somewhere in the 6 - 6.5 hour range. I could tell from the beginning we were a little off that pace, but I was not going to push it knowing how Cathy was feeling.The first five miles ticked off pretty quickly without any hiccups. there wasnt much in the way of scenery for the first five miles. At mile three, you pass the Richard Petty driving track, but we wouldn't run on that for another 5 or 6 miles. 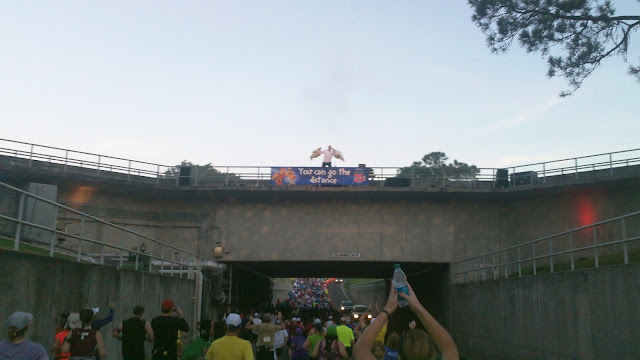 We entered into the Magic Kingdom just after mile 5. You first enter through a service road. As you approach Main Street USA, you can see and hear the crowds cheering the runners on. It definitely helps you push through this section. It is also the first entrance into a park, which helps relieve some of the boredom running through the back service roads. 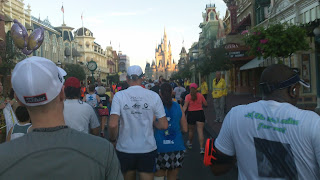 You run towards the castle and then you make a right turn towards tomorrow land just before you get to the castle. One theme I noticed throughout the race is the fake out. You get close to a certain attraction you know you will be running to, but you go out and around it and come back later. During the race I had thought to myself several times I wish I had done a better job of memorizing the course map. 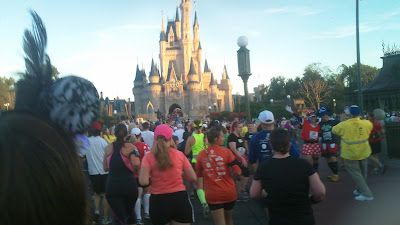 You pas through tomorrow land pretty quickly until you turn back towards Cindarella's castle.This was one of the first of a few congestion points on the course. Everyone runs through the narrow hallway through the castle and then down the ramp away from the castle. As you come out of the castle, there are several photographers, so everyone tends to slow down to make sure they get in the pictures 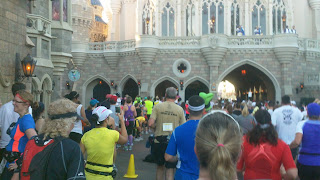 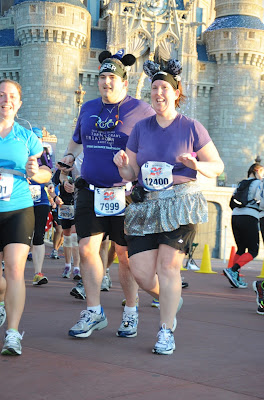 After leaving the castle, you weave through liberty square and frontier land, before exiting out of the park by Splash Mountain at about Mile 6.5. The next couple of miles are uneventful until you reach the racecar track at around mile 8.5. 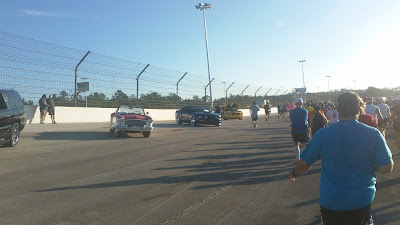 For this part of the race, you run on the lower portion of the 1 mile oval. All along the banked portions of the track and in the grass were a variety of classic and muscle cars. We ran through about 3/4 of the track. It was at this point I could tell Cathy was not really feeling well. The walk breaks began to get longer and the run intervals shorter. At this point all I was concerned about was getting us both across the finish line without being swept up. It was starting to get a little warm, but overall not too bad yet


Miles 9 through 12 weave through more service roads heading towards the animal kingdom. One of the lowlights of this sections is at around mile 11, you pass the wastewater treatment plant as well as the garbage processing facility. By this point it was starting to get warm, so this section was extra stinky. You just had to hold your nose and run through it

We entered the Animal Kingdom just after mile 12. This was the one park I never have actually been to before, so it was neat to run through the park. One of the other nice things about this section was that it was mostly shaded. There was lots of interesting scenery and distractions. 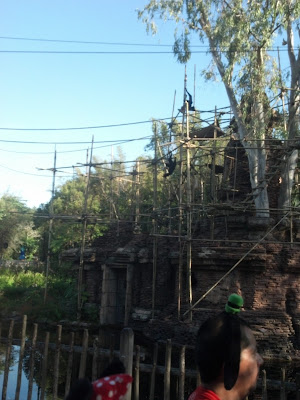 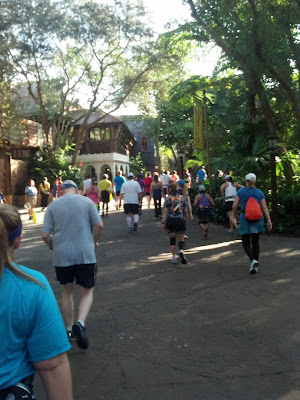 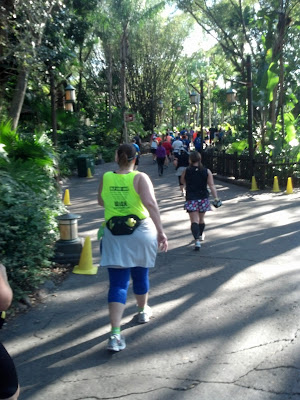 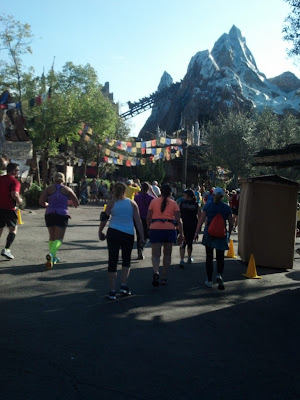 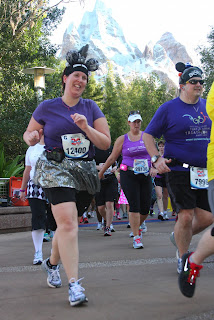 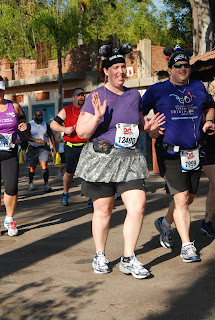 We exited the park around mile 14. The next three miles seemed to go on forever as we ran along one of the main roads....

to be continued...
Marathon race reports

Matthew Smith said…
It looks like a pretty decent course, although I think it could be REALLY boring on those service roads. Way to power through the first half.
January 18, 2013 at 7:04 AM

Jess said…
Yes, that middle mileage is interminable at the Disney marathon. It's much more interesting if you run one of their shorter races -- they cut out (most of) the boring highway time.

You're going to run A1A?

I'll be there! I'm running the HM. Let me know if you want to try and coordinate a race morning meet-up! The race is relatively small so very feasible to find each other.
January 22, 2013 at 7:57 AM